It’s fairly standard to model the tubulin monomer as a sphere and this is the microtubule I came up with:

The eagle eyed cytoskeleton enthusiast might notice a glaring error in this model - an error that was pointed out to me during a lab meeting after the paper was published. There is no seam in my microtubule… I’d forgotten about it. A three subunit helical rise in the microtubule means that there should be a point where an alpha tubulin rests laterally against a beta tubulin. I tried to shrug it off - it’s just a model after all, does it really matter? - but this niggled away at me and eventually I re-drew it:

I caved in because building models matters. I’m not a structural biologist, but my undergraduate training nevertheless taught me the value of getting to know a protein structure intimately. Anyway, during the (inevitable) obsessive phase that followed, the idea of microtubules and the cytoskeleton as scaffolds for cell shape took hold. I produced a mock architectural drawing of a microtubule to visually drive home the metaphor of the cytoskeleton as the cells structural bones: 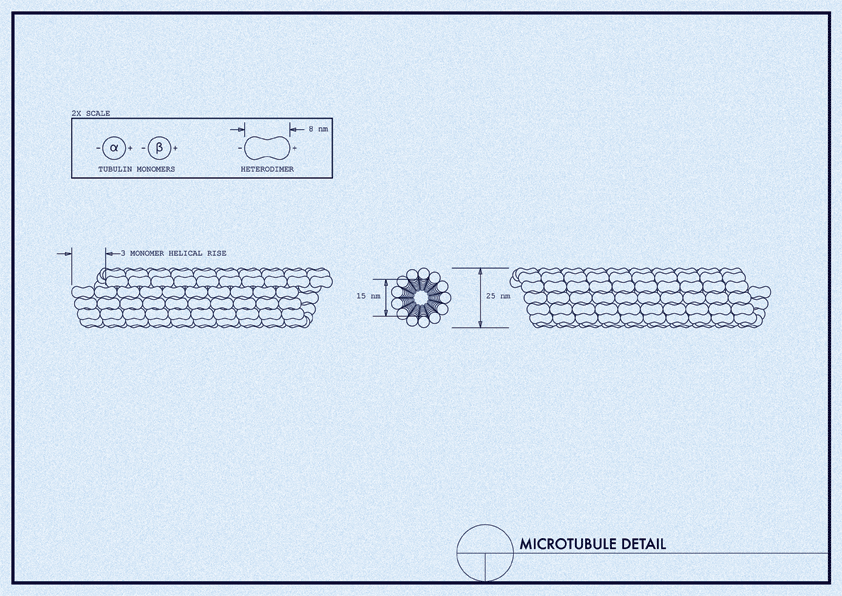 In a fantasy world of endless time to play around in Illustrator, I thought it would be nice to produce a series of these architect-esque drawings. Actin filament branching and the recent work on the axonal cytoskeleton would lend themselves well to this format. One day maybe…

What tickles me about the microtubule seam is that you see the same thing in knitting. If you knit a tube with stripes you get (a bit of knitter jargon for you) ‘jogs’. In essence this is a seam generated by a one subunit helical rise. Knitters have a couple of tricks for producing ‘jogless’ stripes, but the raw form looks like this: 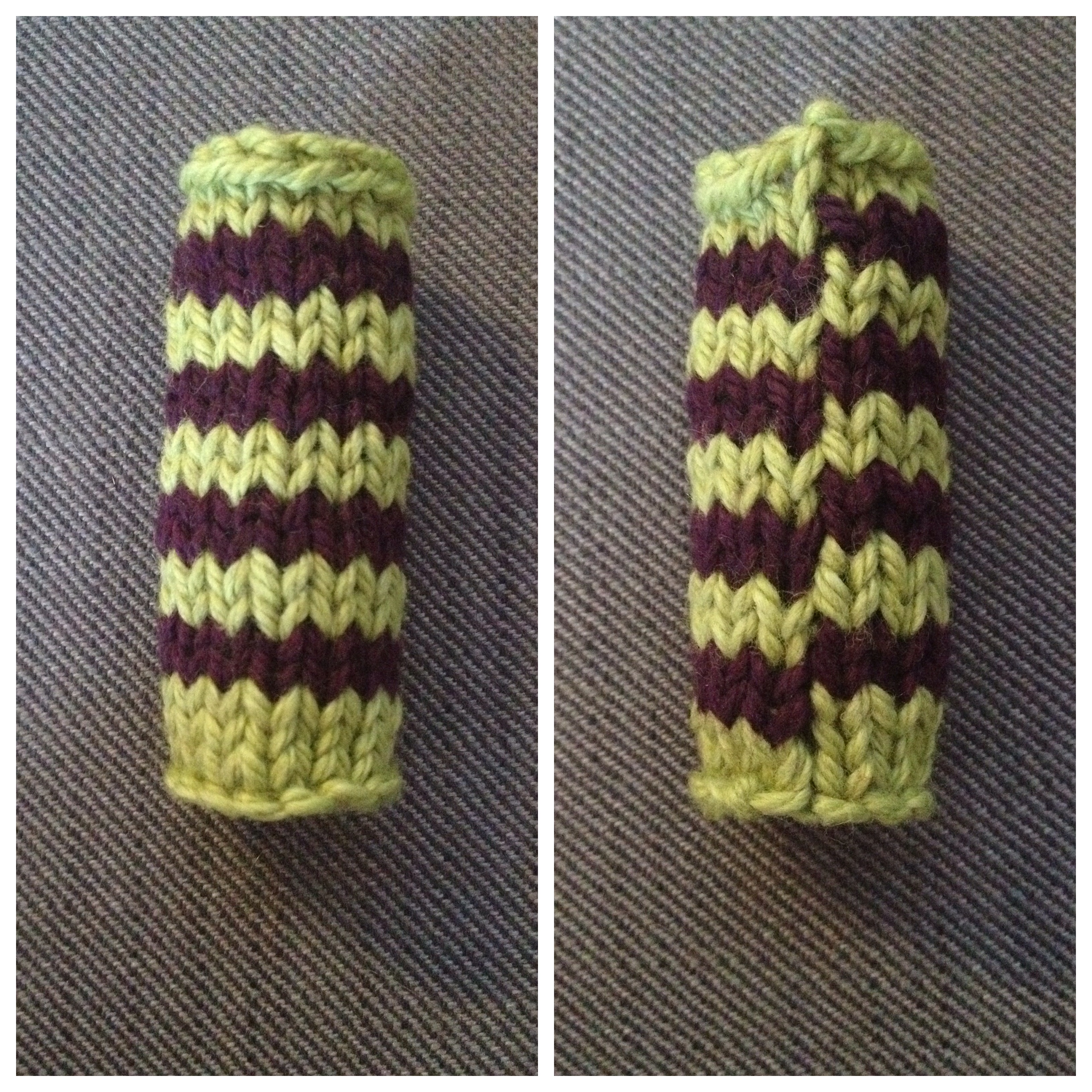 Rest assured, if there is a knitting/cell biology metaphor to be found, I will find it. In the mean time I will impatiently wait for 3D printing from home to become vaguely affordable. I would love to try to design and build a microtubule. There are few things so beautiful in nature as an endless repeating helical pattern.